ppm promo academy – a hostess as an ambassador of a brand

The impulse to create „ppm promo academy – a hostess as an ambassador of a brand“ was searching for a way with our long-time client – Henkel company. We wanted to improve effectivity of promo actions at (Silan, Persil, Perwoll, Somat,…)detergents segment.

Our goal was to use elements from successful cosmetics division concept and prepare a solution using them at detergents this time. The difference was not just at the categories communication but also at the scale of promo actions.

ppm factum cooperated with a training agency while preparing basic training module and then the workshop was led by professional trainer. It was thus the only items representing the initial costs. Other expenses did not exceed regular training costs.

The new approach can be measured rather exactly due to frequent promotions. ppm factum organized more than 150 promo actions for 3 different detergents brands during the 3 months long trial period. We found out thus that the sale increase was 48% in comparison with the previous period. The difference of sales of academy graduates and hostesses standardly trained was 32%.

The success of the project was confirmed also by the client. Simona Matějovičová, Henkel Trade Marketing Manager, plans to spread the project also across the Slovakia. 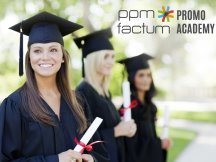 Do not rely on chance